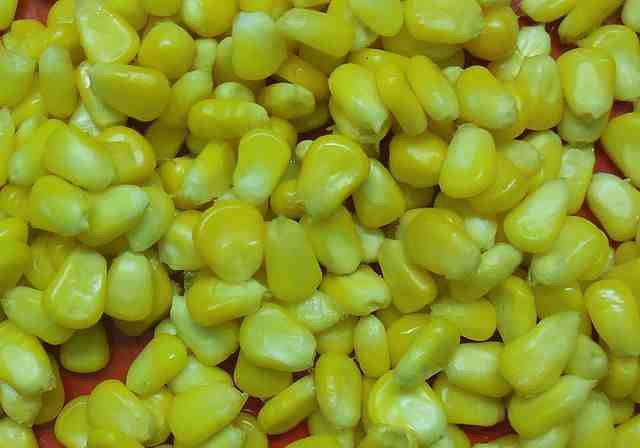 Corn oil may be dangerous. The oil possesses a number of fatty acids, 13% of which are saturated. Unsaturated fatty acids, main components of corn oil, are considered healthy fats. However, the oil contains a lot of omega-6 fatty acids and few omega-3 fats. Linoleic acid in corn oil (omega-6 fatty acid) has the pro-inflammatory action. It should be counteracted by omega-3 fats, which are anti-inflammatory. In case of their balance the body functions properly. As corn oil is poor in omega-3s the consumption of large quantities of this oil may lead to the rise in inflammation. Studies have shown that the excessive amount of corn oil in nutrition may be bad and lead to breast and prostate cancer, heart disease and inflammation in the bones system as Wikipedia notes.

If you eat at home you can control the oils you consume. If you eat out the type of oils they use for food preparation is unknown. Corn oil is often used in cafes and fast-food restaurants, as it is inexpensive, available and suitable for all types of frying. The most popular foods that contain corn oil are as follows.

Corn oil has a high smoke point. According to Wikipedia it is 450°F. The oil is a good choice for frying and deep-frying as its fatty acids won’t break down and the oil won’t emit smoke. Due to this fact corn oil is often used for frying chicken. Sometimes it is a component of vegetable oil also popular in fast-food restaurants.

Corn oil is light in texture and can be used for baking. Its taste is mild, a bit sweetish. The oil is not felt in the baked products. It is often added for baking corn bread and corn cookies. As it is neutral in taste it is added to muffins and cakes.

Corn oil is also a base for salad dressings, mayonnaise, sauces and marinades. When cold it has a flavor of roasted corn and makes the dressings especially tasty.

Popcorn is among foods that contain corn oil too. The oil is inexpensive and adds a pleasant flavor to popcorn.

People allergic to corn sometimes have an allergy reaction to corn oil. The above list of products is not complete. If you are sensitive to corn oil always ask in a restaurant about the oil they use.

Previous: Corn Oil Fatty Acid Composition and Its Influence on Our Health
Next: Is Corn Oil Healthy: Facts and Recommendations
Related Articles