Home / Health and Wellness / Why is Corn Oil Bad for You? 4 Dangers of the Oil

Why is Corn Oil Bad for You? 4 Dangers of the Oil

Posted by: Nastassia Green in Health and Wellness, Oils: Benefits And Side Effects 0 622 Views 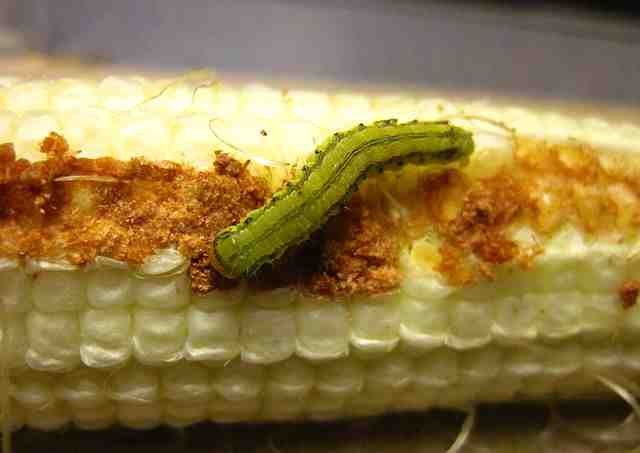 Is corn oil bad for you? Corn oil is received from the germ of corn. The oil is refined and deodorized. It is sold in bottles for consumer use and widely used for commercial food production, such as margarine, spread, fried snacks and popcorn. Is corn oil healthy? Corn oil is considered beneficial oil as it is high in polyunsaturated fatty acids, stable against oxidation and resistant to smoking. It can be used for frying without any threats to the health. However, some nutritionists warn against corn oil and its consumption in large quantities. Why is corn oil bad for you? We have found 4 possible reasons.

Corn oil is extracted from corn a large part of which has been genetically modified in order to resist pesticides and herbicides.  The effect of genetically modified corn on our health has not been studied thoroughly yet as it is new to our diet. Scientists have no single opinion on GMO products. According to the research carried out by J. Spiroux de Vendomois and published in the “International Journal of Biological Science” in 2009 the consumption of GM corn can lead to toxicity of the spleen, kidneys, heart and adrenal glands in rats. The toxicity level depends on the dosage of genetically-modified corn consumption.

Corn oil is rich in polyunsaturated essential fatty acids.  However, it is very high in omega-6 fats and very low in omega-3 fats. According to Wikipedia the proportion of omega-6 to omega-3 fatty acids equals to 58:1. The necessary ratio of polyunsaturated fats should be at least 4: 1 for our body to function properly. The problem is that omega-6s have the pro-inflammatory effect and when they prevail over omega-3s to such an extent they may cause such inflammatory diseases as heart disease and arthritis.

In addition to the pro-inflammatory action omega-6 fats speed up the growth of cancer cells, for example tumor and prostate tumor cells, as Isabelle Berquin found in her research published in the “Journal of Clinical Investigation” in 2007. Omega-6 fatty acids from corn oil are mainly linoleic acid that can be converted into arachidonic acid by the body. Arachidonic acid can cause prostate cancer and promotes the cancer spread into the bone according to the research published by M.D. Brown in the “British Journal of Cancer” in 2010.  Omega-3 fats counteract arachidonic acid, but corn oil is so poor in them.

SEE ALSO: Black Currant Oil Side Effects – All Possible Dangers of the Oil

Weight gain is a large problem in the United States. Over 60 % of Americans suffer from overweight. Corn oil is fat and it is highly caloric. One tablespoon contains 119 calories as nutritiondata states . One should remember that the consumption of over 3 tbsps daily can lead to the weight gain. In 2001 in “Nutrition” the interesting research by M. Takeda was published. Mice when they were given a choice started overeating corn oil and products with corn oil in comparison to sugar or other food. They increased the intake of calories and gained more weight that mice fed with sugar.

Tagged with: corn oil side effects