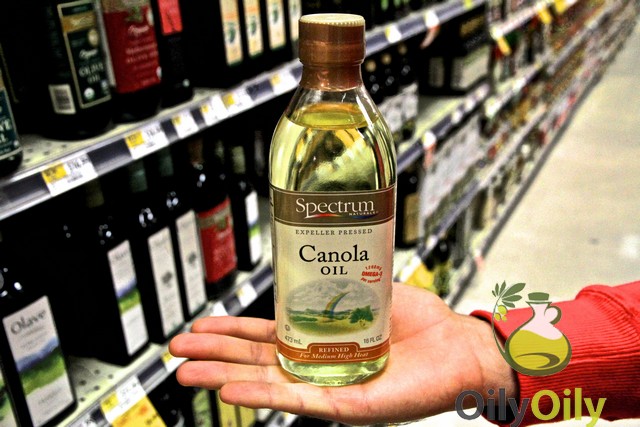 Canola oil and corn oil are mainly fat. They have no protein, carbohydrates, sugars or cholesterol. They are high in calories and should be consumed with moderation. In the chart below we compare the composition and nutritional data of two oils.

It is clear from the table that canola oil surpasses corn oil in its fatty acids composition. Similar to olive oil, it is rich in monounsaturated fatty acids and poor in unhealthy saturated fat. Moreover, it is a source of omega-3 fatty acid ALA. This fat profile helps regulate good cholesterol level, prevent heart disease and lessen inflammation. Corn oil is richer in polyunsaturated fatty acids. Omega-6 fat it contains is considered healthy but its excessive consumption by people today may lead to the growth of inflammation processes in the body.

Both canola oil and corn oil is a source of vitamin E, or alpha-tocopherols. It is a natural antioxidant, necessary to protect cells from the damage. Canola oil is a little bit ahead of corn oil, as it contains 2.44 mg of vitamin E and corn oil has 1.94 mg in one tablespoon.

As both oils have high smoke points (450°F of corn oil and 400°F of canola oil) according to Wikipedia they are ideal for all types of cooking including high-temperature deep-frying. Both oils have a light texture and neutral flavor. So they can substitute each other for cooking.

You see that canola oil can be considered healthier and more beneficial oil than corn oil. However, there is one BUT. More researches are needed to prove the effectiveness of this oil.