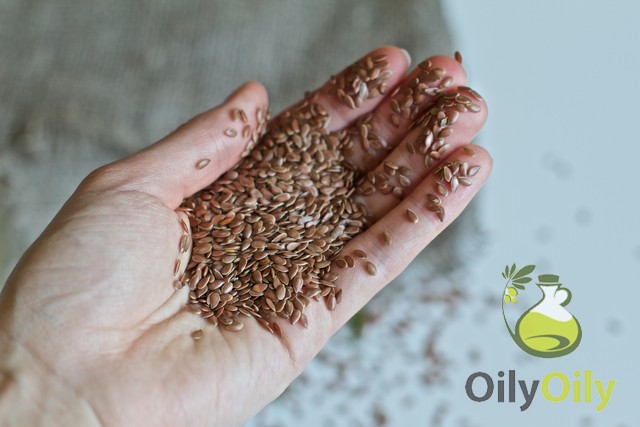 One of the known flaxseed oil benefits for women is its ability to help women during menopause. Flaxseed oil can help ease unpleasant menopause symptoms,for example vaginal dryness or hot flashes thanks to its phytoestrogens, as the University of Maryland Medical Center states. Flax lignans are called phytoestrogens as they act as the estrogen, a female hormone.

As the American Heart Association notes, heart disease is one of the major causes of the American women’s deaths. According to the U.S. National Institutes of Health (NIH), people with cardiovascular problems benefit from nutrition rich in ALA. Omega-3 fatty acids can help lower blood pressure and act as a blood thinner, thus helping prevent a heart attack. Moreover, the NIH notes that animal and laboratory studies show that flaxseed oil reduces the level of bad cholesterol in the blood. High cholesterol can lead to plaque appearance in the arteries, which can be also a cause of a heart attack or a stroke.

As the NIH declares, consuming flaxseed oil may treat dry eyes. Dry eyes are often caused by Sjogren’s syndrome that mainly involves women. The immune system in Sjogren’s syndrome attacks the moisture-producing tissues and glands of the body, the lachrymal glands producing tears as well. Flaxseed oil can help improve tears quality that allows lessening intake of the medications dosage by people suffering from this syndrome. Therefore, it reduces the risk of medications side effects.

Nowadays many women of reproductive age suffer from the polycystic ovary syndrome (PCOS). They put on weight and often cannot get pregnant. In this syndrome, female hormones are not produced normally and male hormones rise. PCOS causes unusually-long and irregular menstrual periods, absent or infrequent ovulation, hair growth in the face and body, fatigue and  acne. According to Brigham and Women’s Hospital recommendations women suffering from polycystic ovary syndrome should eat flaxseed oil and lean protein.