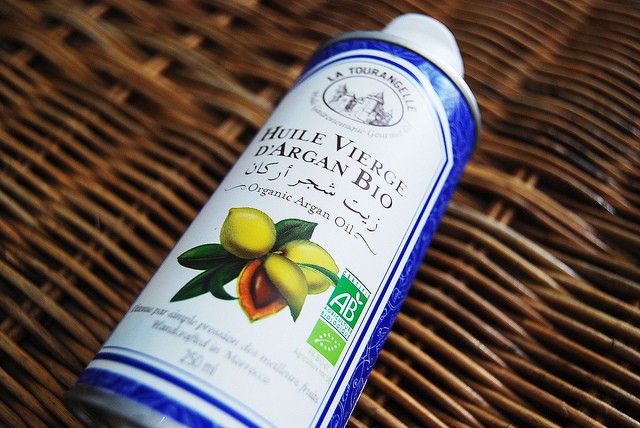 Argan oil psoriasis treatment was discovered long ago in Morocco. Argan oil is extracted from the kernels of argan tree and used for different purposes. It can help to alleviate the symptoms of acne and treat this skin condition due to its anti-inflammatory properties. The same thing happens to psoriasis. Being rich in Vitamin E, an antioxidant, argan oil is a great mean to treat all inflammatory skin diseases including psoriasis as well. It can be a perfect natural alternative for those people who suffer from psoriasis and want to try something organic. Argan oil is helpful for mild kinds of psoriasis as well as in combination with medical treatment for medium and severe psoriasis.

Psoriasis is an autoimmune disorder, a chronic skin ailment which affects about two per cent of all humans. It affects men and women of all ages. Psoriasis is characterized by scaly skin which is red, inflamed and constantly itches. Knees, elbows, hands and feet are the parts of the body that are most commonly affected by psoriasis. It has different types, the most frequently occurring is plaque psoriasis which causes red and dry lesions covered with silvery scars. The reasons which lead to psoriasis are now just being identified.  According to recent researches they can be as follows:

As psoriasis greatly influences the joints and causes inflammation, it very often leads to psoriasis arthritis as well.

If you are chronic psoriasis sufferer you know how expensive some of psoriasis medicines are. Hopefully, argan oil is an organic and completely safe alternative to the medical treatment. Nevertheless if you have just found you have this skin disorder, consult your doctor before starting any treatment, either natural or medical.  Although psoriasis is not contagious, it can spread like a shot over the body if you do not treat it in time and in a proper way. Acne.org website reports that due to the anti-inflammatory, antiseptic and healing properties of argan oil for skin it is a powerful mean to deal with this disease. It reduces redness, dryness, swelling and itchiness of the skin thus healing it and making clean and healthy.

How to use argan oil for psoriasis

If you want to get rid of a disease the most important thing it to keep to the daily treatment schedule. Apply a small amount of argan oil twice a day on the affected area for at least three weeks to see the results. What is more, argan oil has some more health benefits. It will make your skin moistened, nourished and renewed.

Previous: 5 Amazing Benefits of Argan Oil for Skin
Next: Tea Tree Oil for Warts Removal: Will it Help?
Related Articles