Posted by: Nastassia Green in Health and Wellness, Oils: Benefits And Side Effects 0 89 Views 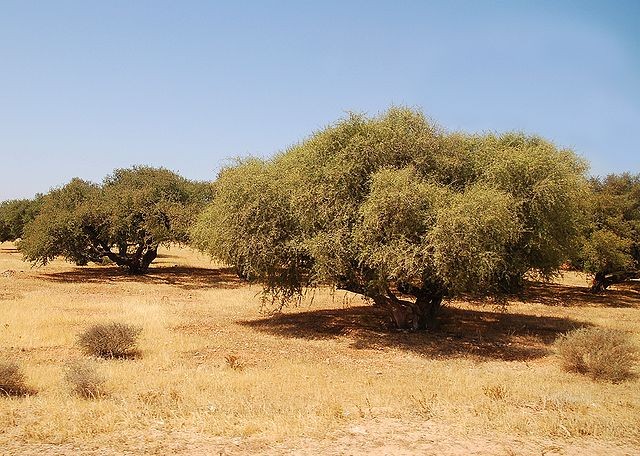 Argan oil benefits include skin and hair care as well as general health benefits. It is made from the kernels of argan tree also known as Argania spinosa. In grows mostly in Morocco, however it can be also found in some regions of Israel and Algeria. This oil is very valuable because it can be used for various purposes. This fact in combination with argan oil’s rarity makes it one of the most expensive and hard to find oils in the world. It is rich in all kinds of fatty acids and Vitamin E which is the reason why Moroccan women have been using it for centuries to protect their skin and hair from damaging and premature aging.

Argan oil is widely used in cosmetic industry for face care and wrinkles prevention. A high content of tocopherols or Vitamin E in argan oil protects the skin from the damage caused by harmful free radicals which are the result of our polluted Western environment. This leads to reducing the aging process. According to Argan Oil Society, argan oil is also rich in saponins. These agents are responsible for moistening and nourishing which is important for blemished and dry skin. What is more, this oil is reputed to soothe inflammation and restore the hydro-lipid layer of our skin thus reducing the chance of wrinkles appearance.

Such inflammatory skin conditions like psoriasis or eczema can be successfully treated with argan oil as well as acne and pimples. This is possible due to triterpenoids contained in this oil. It helps to heal scars and damaged tissues and protect the skin from harmful sunrays and toxins. When used regularly, argan oil improves the metabolism of the skin and helps it to retain its moisture due to such agents as sterolins contained in it.  It also makes the skin more resistant to oxidation because it contains about 80% of unsaturated fatty acids according to Natural News website.

SEE ALSO:  Why Use Olive Oil on Skin – Find out All Reasons

The benefits of argan oil are not exhausted by skin care purposes. It is extremely beneficial for human’s general health as well, owing to the unique combination of schottenol and spinasterol phytosterols in its structure. Generally phytosterols are associated with reducing inflammation and blocking the absorption of cholesterol from the intestines. However the specific composition of them found in argan oil provides much more health benefits:

Previous: Sesame Oil vs Olive Oil: Which to Choose?
Next: What is Sunflower Oil: the Surprising Variety of Sunflower Oil
Related Articles