Posted by: Nastassia Green in Health and Wellness, Oils: Benefits And Side Effects 0 2,979 Views 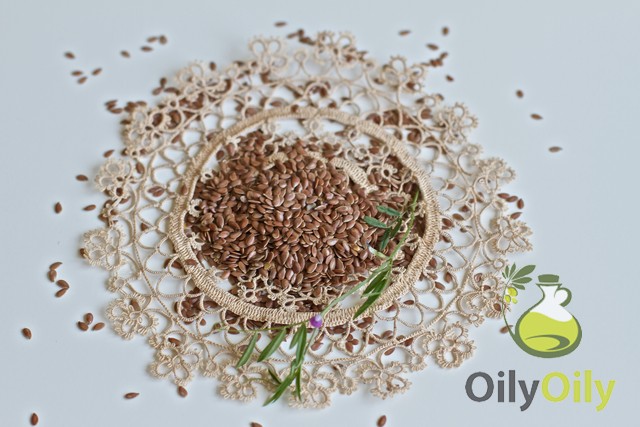 Flaxseed oil is derived from the seeds of flax, or Linum usitatissimum. It is rich in omega-3 fatty acids, especially in alpha-linolenic acid ALA, which provides a lot of health benefits and is extremely important. However, flaxseed oil is not always beneficial. Sometimes overdose of flaxseed oil and its improper intake can turn flaxseed oil benefits into side effects. Always consult the doctor before consuming flaxseed oil as well as other supplements to avoid flaxseed oil side effects.

As the US National Library of Medicine (NLM) reports, flaxseed oil provides help in relieving constipation and can be applied as a laxative. Nevertheless, high doses of flaxseed oil may cause diarrhea. Don’t take over 30 g of flaxseed oil per day.

Another side effect of flaxseed oil is that this oil may cause excess bleeding. Omega-3 fatty acids lessen the activity of platelets and reduce blood clotting. However, this may become harmful for people with bleeding disorders and for those who will have a surgery or have just been operated on. According to the NLM, people should avoid flaxseed oil for two weeks before a surgery. If you take high doses of flaxseed oil you may face such side effects of flaxseed oil as a large quantity of bruises, gums and nose bleeding.

According to the reports of the UMMC Cancer Institute, men taking flaxseed oil supplements possess a higher possibility to have prostate cancer. Nevertheless, the National Institute of Health declares that if the ALA is taken from plants the risk of prostate cancer is not elevated. However it is reasonable to do without flaxseed oil for men with prostate cancer or with a high risk of this disease.

One of the most important of flaxseed oil contradictions concerns pregnant women. Flaxseed oil is considered unsafe during pregnancy because it may cause hormonal changes and increase the women’s risk of premature birth in the second and third trimesters of pregnancy.  Always consult your doctor, if you take flaxseed oil and get pregnant.

Flaxseed oil not only prevents medications absorption, but it also interacts with some of them. Flaxseed oil is known as a blood thinner and it should never be consumed, if you take drugs for prevention of bleeding and blood clotting.

The anticoagulant therapy with warfarin, aspirin and heparin is not recommended together with flaxseed oil because of the possible flaxseed oil side effects. If you want to take supplements with fatty acids, ask your doctor of the dosage and possibility to consume flaxseed oil.