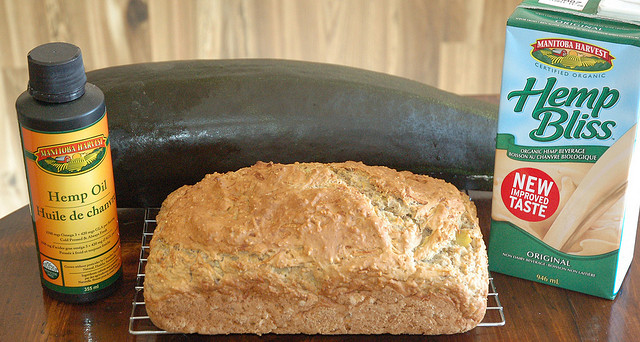 In 2003 a man called Rick Simpson was diagnosed with skin cancer. After receiving the news, he did not give up. Ric Simpson used hemp oil and cured the cancer. Impressed with the result he tried to tell his doctor about what had happened. However, the doctor was skeptical about the medicine Rick used, so after getting no support Rick himself founded “Phoenix Tears” helping sick people around the world by giving away the hemp seed oil to those in need.

The recipe for making Rick Simpson’s hemp oil is not that hard to follow. What you need are a pound of hemp, 2 plastic buckets (at least 1 gallon each) and solvent (99% isopropyl alcohol). Read also how to make avocado oil at home.

A brief description of the hemp seed oil making is as following:

RELATED: Flaxseed Oil and Cottage Cheese as a Cancer Treatment

Not only does hemp oil helps to cure cancer, but it also may be used as a good painkiller and cure for a number of diseases, as Regenerative Nutrition states. The most common and well-known are PMS syndrome, cardiovascular diseases and neurodermitis.

However, there may be certain challenges with obtaining that medicine. Where to buy hemp oil? If to speak about Canada, a patient can get cannabis either from Health Canada organization that distributes cannabis under CannaMed brand (if the patient is approved) or he can get a license to grow his own cannabis for personal use and consumption. In the United States there are different laws for medical cannabis. Most of the states make medical hemp consumption barely legal, while others have it legalized.

Where can you buy Rick Simpson’s hemp oil?

Unfortunately, Rick stopped providing oil, since he had to move to Europe and barely gets enough hemp for his own needs. Still, on his website people can read all necessary information and also purchase a book with detailed instructions on how to make hemp seed oil yourself.

Previous: Where to Buy Hemp Oil? Find out All Possibilities
Next: ﻿Hemp Oil and Cancer: a New Weapon?
Related Articles