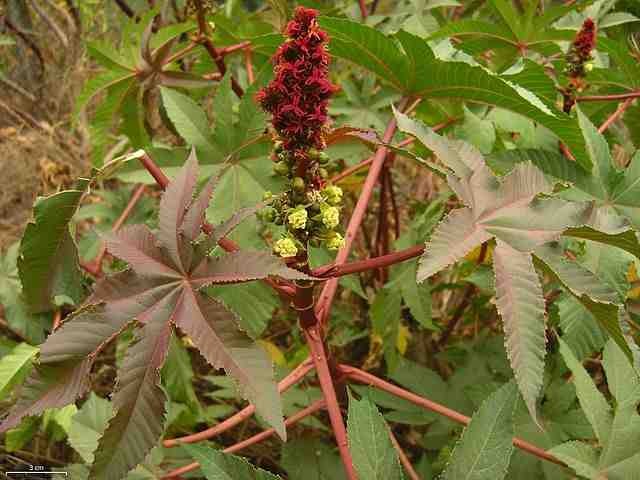 One of the uses of castor oil is skin care. As Wikipedia states the oil is a source of unsaturated fatty acids beneficial for skin. Castor oil is natural and safe. It has almost no side effects when applied on skin. That’s why people tend to use castor oil for skin care.

How to choose castor oil for skin care

Castor oil is derived using cold-pressing or solvent extraction. Solvent-extracted oil may contain residues of used solvents. So it is preferable to choose cold-pressed castor oil for skin care as it is free from chemicals and additives and won’t irritate even a sensitive skin. If you have a sensitive type of skin we suggest you should buy organic castor oil as it is extracted from castor beans grown naturally without any herbicides or pesticides.

SEE ALSO: When You May Use Castor Oil for Cellulite Treatment

Castor oil consists of ricinoleic acid, which makes up to 95% of in its composition. It is omega-9 fat efficient for moisturizing, hydrating, nourishing and healing the skin. Moreover, as Wikipedia states the ricinoleic acid is an anti-inflammatory agent. Undecylenic acid in castor oil has the antifungal properties according to Wikipedia. The combination of fatty acids and vitamins makes castor oil a universal skin care products.

Castor oil can moisturize and hydrate the skin. It is absorbed by the skin cells very quickly and locks the moisture inside the cells. It protects the skin from losing it. Castor oil is a perfect skin care product for people with dry skin. People with cracked elbows and ankles are advised to apply castor oil overnight to hydrate and soften the affected areas. The oil is also recommended for use in winter when frost and wind can make our skin dry. Castor oil creates a thin film on the skin protecting it from harmful environmental conditions. It is possible to apply the oil on hands, face and lips. Castor oil is also successfully used for dark circles.

As castor oil is rich in fatty acids it can provide the skin with a great amount of nutrients. When the skin lacks necessary nutrients it loses its elasticity and dries out. As a result, it leads to the appearance of wrinkles and the skin looks creepy.

As the ricinoleic acid in castor oil is proven to be anti-inflammatory it is possible to use the oil to stop or prevent inflammation, to reduce redness and to treat acne. Castor oil efficiently calms down the inflamed skin so it is recommended to treat eczema, rashes and other skin problems. The oil may treat acne as it is not comedogenic, doesn’t clog pores but it may remove dead cells and debris from the skin and reduce inflammation. This is very important for preventing acne breakouts.

Although castor oil is safe for use and recommended for all types of skin some people are sensitive to castor oil. Conduct a patch test before applying castor oil for skin care. Sometimes it is necessary to mix castor oil with other oils as castor oil may have an effect of drying out the skin.  We have individual reactions and our skin reacts in a different way to skin care products. Try various mixtures if you are sensitive to original castor oil. It is a good idea to mix the oil with sunflower oil (read more how to buy the right sunflower seed oil).