Does Canola Oil Go Bad or How to Store Canola Oil 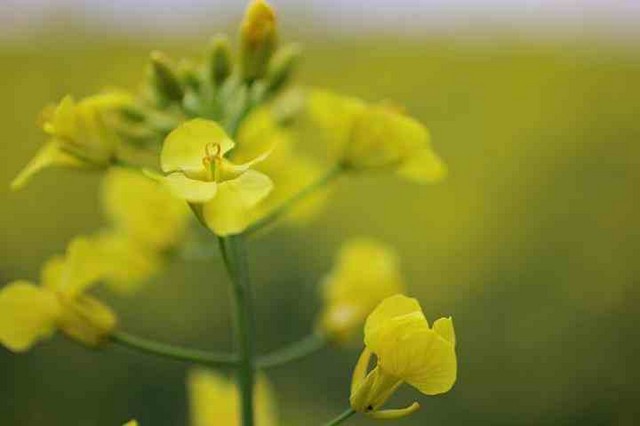 Canola oil is known to possess highly beneficial unsaturated fatty acids, especially omega-3 fats. Does canola oil go bad quickly? Should we store it in a refrigerator as flaxseed oil? What is the shelf life of canola oil? Let’s find the answers to these questions.

The shelf life of canola oil is long enough. As eatbydate.com says it is usually  2 years indicated by manufacturers. In case you open the bottle you may store it as long as a year, simply store it properly. Usually there is a sign “Best by” on the bottle indicating the shelf life. The closed bottle of canola oil may be stored even more. Just make sure that the oil doesn’t become rancid.

How to store canola oil

The best place to store canola oil as the majority of other vegetable oils is a cool and dark area. You should protect your oil from

First of all, place it in an area where the temperature never rises above a room temperature. Forget about all cupboards near your oven, cooker or heating appliances. Always tightly seal the bottle with canola oil when you don’t use it. You will protect the oil from destructive influence of air. As far as light is concerned just put canola oil away from direct light, store it in a cupboard, for example. The worst place for canola oil is an open counter above an oven in a non-airtight bottle.

It is a usual practice to buy oils in bulk as it saves money and time. Due to the long shelf life canola oil is perfect for purchasing in bulk. The best way to store a large amount of canola oil is to place a large container in a refrigerator or a cool dark place and pour some small amount into a bottle. Thus, you won’t frequently expose all canola oil to air. In case your oil solidifies in a refrigerator, simply put it under warm water to liquefy.

YOU MIGHT ALSO LIKE:  You Don’t Know What to Do with Canola Oil – Use Canola Oil for Hair

Does canola oil go bad? Yes. Sometimes it may become rancid as other products and you should use your senses to check its state. Smell, appearance and taste of canola oil may tell you that the oil has become bad. In case canola oil has some unusual or off smell, discard it. If you notice mold on its surface or its color is very dark, throw away this canola oil. And, of course, if you try the oil and feel a stale taste or the taste differs from the usual one, you’d better avoid consuming it.

Previous: Black Currant Oil Side Effects: Are There Any of Them?
Next: Canola Oil Nutrition Facts: What Makes Canola Oil Highly Beneficial
Related Articles