How to Substitute Canola Oil for Butter: Easy and Healthy 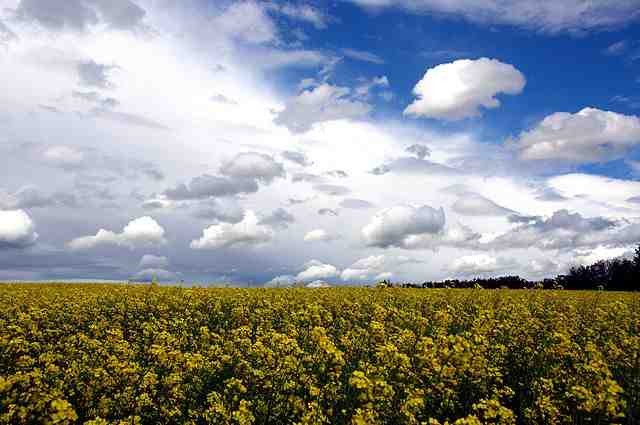 What is canola oil?

Canola oil is extracted from the seeds of canola. Canola, short for CANadian Oil Low Acid, was selectively bred from rapeseed in the 1970s in Canada. Rapeseed possesses a high content of erucic acid and unfit for human consumption. Is canola oil bad for us? The canola plant has a much lower content of erucic acid and completely safe for people as Wikipedia states. Canola plants are grown in Canada, Australia and the United States. Seeds of the canola plant are 45% oil. Canola oil is derived mechanically or chemically and always refined.

Canola oil is much healthier than butter as it is a rich source of omega-9, omega-3 and omega-6 fatty acids. See canola oil nutriton profile for more detailed information. These fatty acids help prevent heart attacks, diabetes 2 type, reduce inflammation, and maintain the brain and nervous system. Canola oil is free from cholesterol, so it won’t raise your cholesterol levels and even can help lessen bad cholesterol.

RELATED: Is Coconut Oil Good or Bad Instead of Butter?

How to substitute canola oil for butter

If you want to substitute canola oil for butter the problem is in the form of the oils. Canola oil is liquid and butter is solid. You can’t simply use the same amount of canola oil instead of butter. There is a conversion chart to solve this problem.

As canola oil alone may cause a very greasy consistency, leave some butter in a recipe, substituting canola oil for about 70% of butter.  If you want to avoid butter add an extra egg in case you substitute canola oil for all butter.

Tagged with: canola oil how to

Previous: What is Tea Tree Oil: Everything You Need to Know about it
Next: Boiling Point of Canola Oil: Only True Facts for Safe Cooking
Related Articles