What is Corn Oil: Only True Facts about Cooking Oils 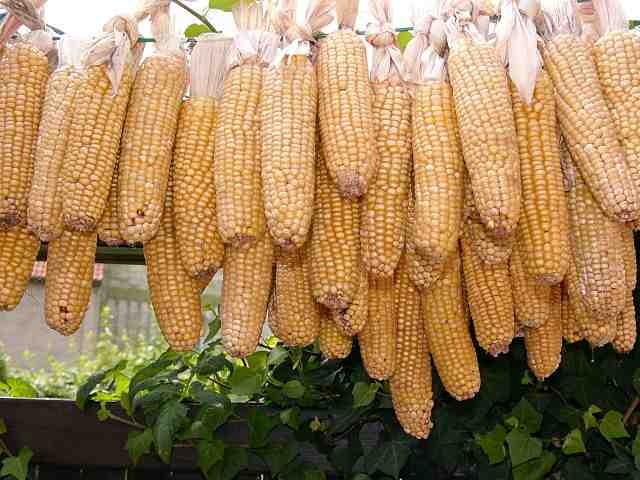 What is corn oil? It is one of the most widespread among vegetable oils due to its low price, availability and a large number of uses. We consume corn oil in popcorn, French fries, pastries; it can be found in margarines and spreads. It is used for producing pharmaceutical preparations and soap. Even biodiesel is made from corn oil. According to Wikipedia the oil is also used for industrial purposes. So what does it consist of? How is corn oil made from the corn?

What is corn oil?

The oil is derived from the corn germ. According to Wikipedia 1.55 pounds of corn oil are received from one bushel of corn.  Corn oil is golden-yellow in color and has a neutral taste. This oil is mainly fat as well as other oils. It has no proteins and cholesterol. Corn oil is rich unsaturated fatty acids and has 12% of saturated fats. The fatty acids it includes are omega-6 linoleic essential fatty acids, omega-9 oleic fatty acids and omega-3 alpha-linolenic fats. Moreover, it is rich in phytosterols and tocopherols, or vitamin E.

QUESTION ANSWERED: Is There Any Difference Between Corn Syrup vs Corn Oil?

How is corn oil made?

The process of corn oil production is quite complicated. Let’s see how corn oil is made:

1. First of all, the corn is shelled and kernels are placed in the warm water of 125°F with some addition of the acid. After 24-48 hours the kernels become soft and are separated easily. It is done to separate the germ easily. The germ contains 85% of fat and it is the part of corn needed for oil extraction. So after that, the corn is ground and they separate the germ with the help of a special machine, dry it and move to the oil recovery.

2. The second stage is oil recovery when the germ is expeller-pressed and afterwards, hexane solvents are used to squeeze the rest of oil. The solvents evaporate from corn oil, they are recovered and re-used. Crude oil is achieved. The oil still contains unnecessary ingredients.

3. The next stage is oil refining. Refining corn oil includes 4 steps. During degumming phosphatides are removed from the oil with the help of steam or hot water. Alkali refining bleaches the oil, lightens it and removes free fatty acids from the oil. Phosphatides can be removed during alkali refining as well, thus, sometimes only one method is applied. Factories that produce corn oil alongside with other oils often use degumming and alkali treatment together. Winterization is the 3rd step. They freeze the corn oil; the wax crystallizes and can be skimmed off. Winterization removes the wax that makes the corn oil cloudy. At the end, the oil is deodorized. It is inundated with 450-500°F steam as Wikipedia states . It makes the odors rise and they are vacuumed out.

So, you see that the corn oil is refined and deodorized. Such a thorough oil processing removes all harmful elements from the oil. Is corn oil healthy? Unfortunately, refining destroys some useful ingredients as well. It is also possible to make corn oil at home. It is a way to healthier corn oil.

Previous: Healthy Substitute for Corn Oil in Baking
Next: Can you Substitute Corn Oil for Vegetable Oil?
Related Articles