What is Canola Oil: Truth You Might Never Know 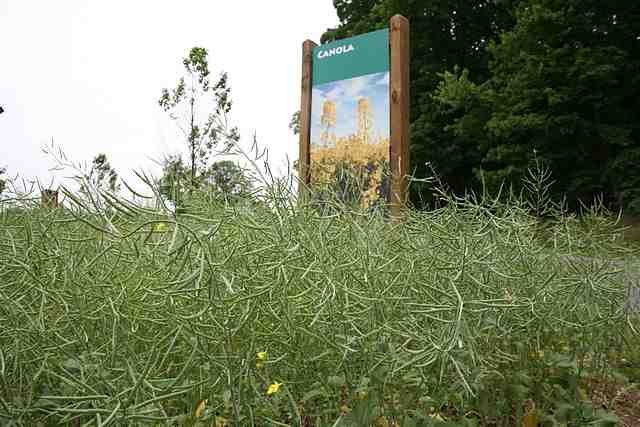 What is canola oil? Some dietologists recommend it, some people warn against its use. Canola oil has become more and more widespread on the store shelves and in the recipes. There are many opposite opinions about canola oil. So what is canola oil made from? Where does canola oil come from?

According to Wikipedia  canola oil is edible oil made from the canola plant, a cultivar of rapeseed. Canola comes from the Brassica botanical family. Is canola oil the same as vegetable oil? Yes. Cauliflower, broccoli and cabbages are from this same family too. Canola was cultivated from rapeseed in Canada in the 1970s. Rapeseed is high in erucic acid which makes it toxic for people. The Canadian breeders have grown a variety of rapeseed with a low (less 2%) content of erucic acid and called it Canola (Canadian Oil Low Acid). The United States Food and Drug Administration recognizes canola oil as safe for human consumption.

SEE ALSO:  Is Corn Oil the Same as Vegetable Oil?

How is canola oil extracted?

Canola seeds after harvesting are directed to a special facility. They are crushed there to receive the oil from the seeds. It is in average 43%. This oil is always refined.  Usually it has a light texture, pale golden color and neutral taste.  Canola meal received after the oil extraction contains high protein and is used for animal feed.

When you buy canola oil search for expeller pressed canola oil. It means that this oil was mechanically pressed, without chemical solvents. This oil may be more expensive, but it guarantees that no solvents remained in canola oil.

Canola oil has a highly beneficial composition. It is low in saturated fat and high in monounsaturated fat. Canola oil nutrition profile is:

The balance between omega-6 and 3 essential fatty acids is very beneficial for health.

Not all canola oil is the same. There are several varieties of canola oil, that is why people are often lost in the information around the oil and cannot decide on whether it is beneficial or dangerous.

Organic canola oil is derived from canola seeds that were NOT genetically modified to resist herbicides.